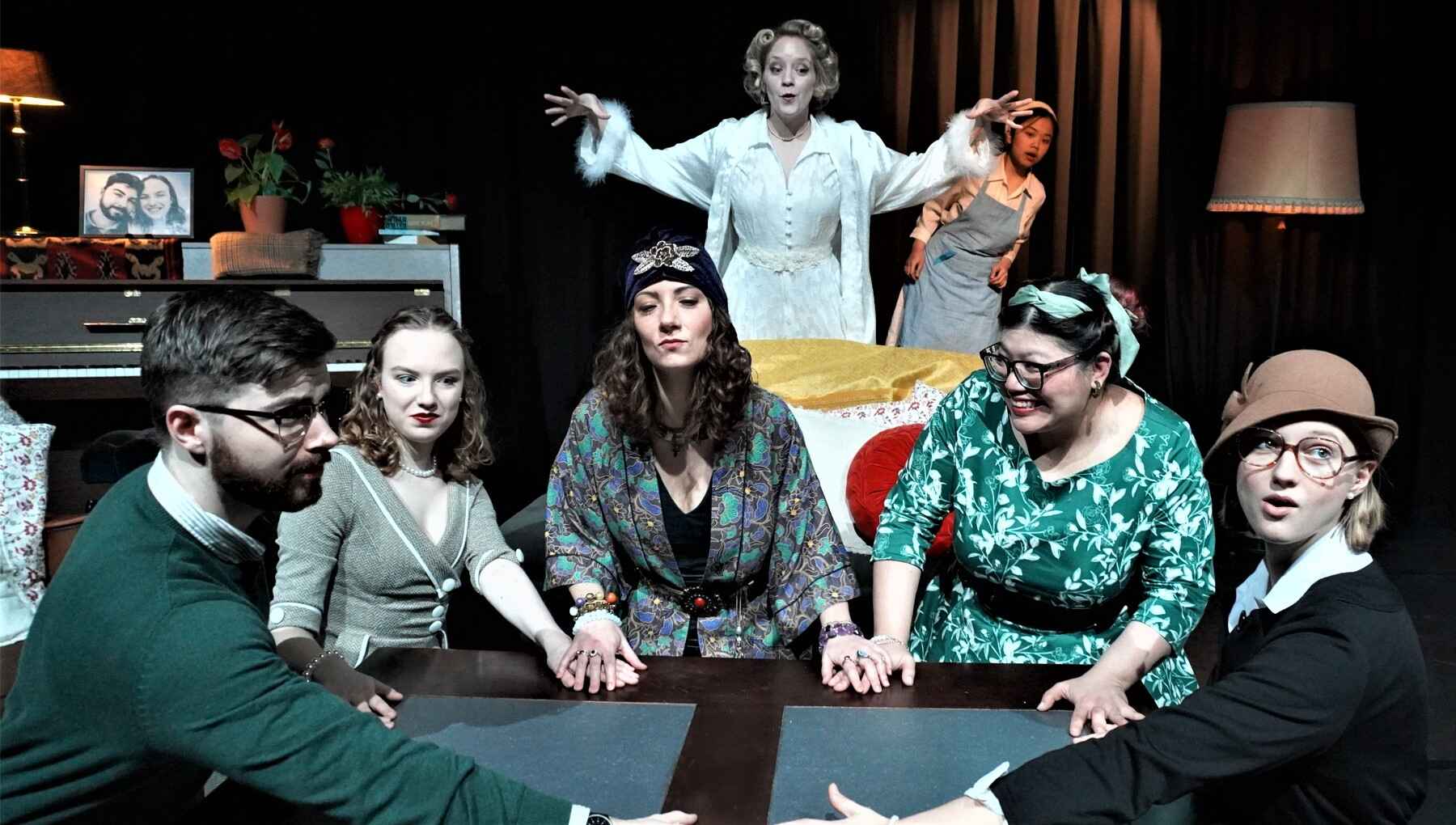 Blithe Spirit (1941)  is a comic play by Noël Coward, described by the author as “an improbable farce in three acts”. The play concerns the socialite and novelist Charles Condomine, who invites the eccentric medium and clairvoyant Madame Arcati to his house to conduct a séance, hoping to gather material for his next book. The scheme backfires when he is haunted by the ghost of his wilful and temperamental first wife, Elvira, after the séance. Elvira makes continual attempts to disrupt Charles’s marriage to his second wife, Ruth, who cannot see or hear the ghost.

After the first performance in Manchester the reviewer in The Manchester Guardian thought the mixture of farce and impending tragedy “An odd mixture and not untouched by genius of a sort”. After the London premiere, Ivor Brown commented in The Observer on the skill with which Coward had treated his potentially difficult subject; he ended his notice, “But here is a new play, a gay play, and one irresistibly propelled into our welcoming hearts by Miss Rutherford’s Lady of the Trances, as rapt a servant of the séance as ever had spirits on tap.” The London correspondent of The Guardian wrote, “London received Mr Noel Coward’s ghoulish farce with loud, though not quite unanimous acclaim. There was a solitary boo – from an annoyed spiritualist, presumably.”

We Have more than 3,200 People on our Petition to the City Council. We Must Celebrate.. http://chng.it/WTWn4w22 “EVERYbody LOVES Giorgina ” !! Giorgina